The Impact of the Japanese Earthquake & Tsunami on Machinery Parts Ireland 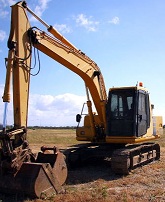 Everyone will remember the earthquake that hit Japan in March 2011 which was followed by a tsunami. This devastating natural disaster had a profound affect on the country namely thousands of deaths as well as mass destruction of land and property. However, these were not the only implications of the disaster.

What occurred in Japan had a devastating affect on the global market including that of machinery and machinery parts. Ireland amongst many other countries found themselves under pressure as supplies were limited due to the disaster. Komatsu in particular were hit badly and at one point the plant was under threat of being temporarily closed. Many of the factories were located in Northern Japan and the damage had to be assessed.