Qatar World Cup 2022 comes at the price of human life. 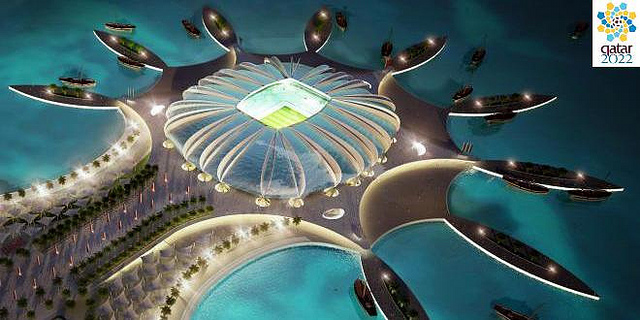 Doha is a hive of construction activity with the 2022 World Cup development plans in full swing.  However the allegations of workers mistreatment is overshadowing any positive press it might bring to the region.  With many of the workers coming from Nepal and India reports suggest that on average 400 workers are dying every year. Evidence suggest that they are being forced to work 15 hour days in over 50 degree temperatures and surviving on a minimum of 1 meal per day. Between shifts they are living in appalling conditions with 20 people per room without access to basic medical facilities. Many of the workers went to Qatar expecting to be utilizing their trades as electricians and plumbers only to find that they are working cleaning or carrying cement and bricks on high rise apartment buildings.

Trade unions are concerned that the death toll could rise to 600 per year if drastic action is not taken soon to improve conditions.  Qatar is one of the world richest countries and is using over $100bn gained from natural resources on the infrastructure required to host the world cup.  While this is of benefit to the construction and spare parts industries, trade unions campaign it should not be at the expense of human beings trying to earn a living.